Ever since I was a young kid, I have loved horror movies.  My mom has always wondered where my love of horror movies comes from as no one in my family likes, much less loves, horror movies.  I blame my cousin, Del.  When we were young, in an age long before VHS tapes or DVDs’, Del had an 8mm reel to reel movie projector with three movies, Bela Lugosi’s Dracula, Boris Karloff’s Frankenstein and The Creature From the Black Lagoon.  Whenever our families would get together, Me, my brothers, Del and his sisters would crowd into the upstairs bathroom to watch these movies projected on the blank bathroom wall.  This is where the love began.

I was a teenager during the 1980’s monster movie revival.  Monsters like Freddy Krueger, from A Nightmare On Elm Street,  Jason from Friday the 13th, and Micheal Meyer’s from Halloween filled my nights with fright.  When I was about 15 or so, we got a VHS player.  I gravitated towards the row up on row of horror movies our local movie rental store. It was at this little store I discovered the movies of John Carpenter like The Thing, Prince of Darkness, and In the Mouth of Madness. Also during my teens I started reading horror novels and short stories. My favorite horror authors are HP Lovecraft and Stephen King. Stephen King’s The Stand is still one of the most terrifying books I have ever read.  It is so sad that Stephen King’s movies seldom get done the justice they deserve.

The only thing scary about this salsa is its color.  It isn’t the most appetizing green color but man does it taste good.  I usually use this salsa to make enchiladas but you could use as a salsa for chips.

5 to 6 Tomatillos, husks removed and rinsed
1 poblano pepper, roasted, skinned and seeds removed
1 jalapeno pepper, roasted, skinned and seeds removed
1 ½ TBS neutral oil
1 large onion, diced
2 to 3 cloves garlic, minced
½ tsp oregano
½ cup water
salt and pepper
¼ cup chopped fresh cilantro
2 TBS lime juice
Preheat oven to 400 degrees. Place the tomatillos, poblano and jalapeno on a roasting pan and roast until the skins are lightly browned and blistered, about 20 minutes. Remove from the oven and cool. When the tomatillos are cool chop them finely, along with the chilies, saving their juices. Meanwhile, put the oil in a large, deep skillet over medium heat. Add the onions and garlic. Cook, stirring occasionally, until they are soft and lightly browned, about 10 minutes. Add the tomatillos, chilies, oregano, water and a large pinch of salt and pepper. Stir and bring to a low simmer. Cook until the mixture thickens slightly, 10 to 15 minutes. Stir in the cilantro and lime juice, taste and adjust the seasoning. Serve at room temperature or refrigerate for up to two days.

I have been working so hard getting my new blog, Cooking Under Pressure, up and running, I am running a little dry on inspiration for A Solitary Feast’s posts.  I still wanted to share this great little spice rub I tried on my pork chop last night.  I really enjoyed it and I hope you do too.

Mix all ingredients and store in an airtight container. To use rub the spices  all over both sides of the pork and cook however you like. 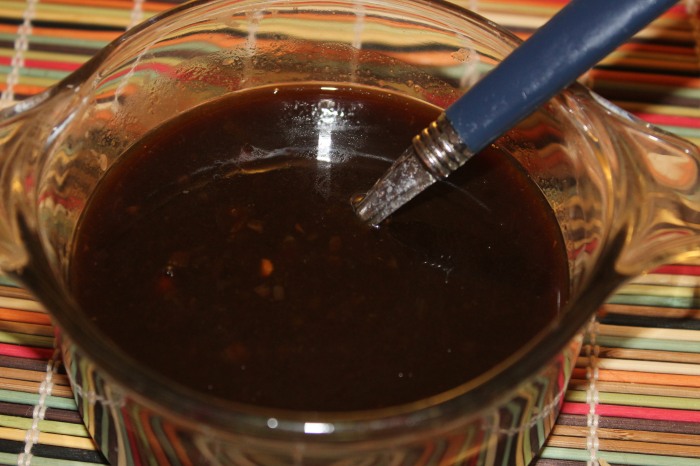 This couple came through my line at work the other day, complaining about the lack of good Chinese or Japanese  restraunts in Fargo.  They asked me if I knew of any but since they named my favorite Chinese restraunt as one of the worst they went to I thought it prudent not to give them a recommendation.

I also thought if you are that unhappy with the restraunts food learn how to cook it yourself at home that way you can always get your food exactly the way you want it.  When I got home I started combing my files to see if I had any Chinese or Japenese recipes to try.  I found this Teriyaki sauce recipe on one of my pintrest boards so I decided to give it a try.

I decided to make a Teriyaki chicken and I have to say it turned out way better then anything I have had at my favorite restraunt.  If you don’t thicken it the sauce can be used as a marinade. The thickened sauce would also be great as a dipping sauce or a stir fry sauce.

In a small bowl, mix all ingredients, except for the cornstarch, stirring it until the sugar dissolves.  This is a great place to stop if you would like to marinate something.

To make it Teriyaki sauce, place the marinade in a small saucepan over medium heat until lightly boiling.  Slowly stir in the cornstarch.  Continue stirring until the mixture thickens.  Remove from heat.  Enjoy. 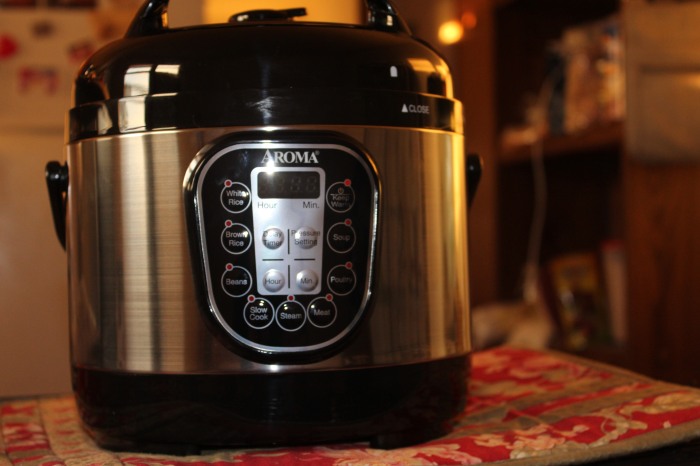 Hey Guys,  I just wanted to let you know that starting on Wednesday, October 26,  A Solitary Feast will have  a companion blog called Cooking Under Pressure.  It is all about pressure cooking for one or two.

You have always been great about letting me indulge in whatever culinary whims and fancies I have  but I just feel that my pressure cooking doesn’t fit into my vision for A Solitary Feast. So I decided to start a second blog to share the information I have found and the recipes I have begun adapting and creating for the pressure cooker.

What does having a second blog mean for A Solitary Feast?  Nothing really.  The only change you will is here is there will no longer be a Wednesday post.  I will still be posting on Monday and Friday on A Solitary Feast and Wednesday on Cooking Under Pressure.  I hope you will come and check it out and let me know what you think.  Thanks, Julie

I have always believe that things, good or bad, happen for a reason, that in our darkest times there are some good things to be found, no matter how small, if we look for them.  Some people think this stance on life makes me foolish and naive. If that is true, I am okay with it.  I would rather be foolish and naive then cold and bitter about life. I can’t think of anything worst then that.

I am not going to tell you that being scammed was a good thing.  It wasn’t.  I’ll be living with the repercussions of that for a long time.  A friendship was severely damaged, maybe even lost, over this.  I was in a dark place over this for a very long time.  Being scammed has made me question the honesty and integrity of everyone , including my best friends, everything they said or did because I won’t be fooled again.  It took me a long time to remember that just because I let one bad person into my life doesn’t mean all the people I have let into my life are bad.

I am very thankful I didn’t loose my job.  I left work to take care of this scam knowing my attendance was at the point if I missed one more day they could fire me.  I am eternally grateful that they didn’t. I have a second chance.

I am very thankful two of my supervisors went to management and spoke to them about why I should keep my job. I really believe if they hadn’t I would be unemployed

I am very thankful that I like to cook.  Because I like to cook I had enough food in my home that I had food to eat between loosing one paycheck and getting another one.

I am thankful for my online friends who sent me a Drs Foster and Smith’s gift certificate so my animals had food too.  They know me so well. They know I will be fine if my animals are fed and cared for. 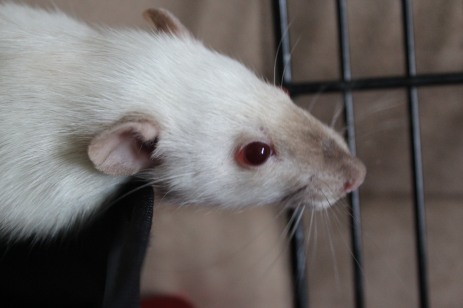 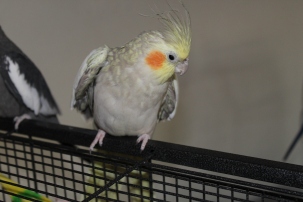 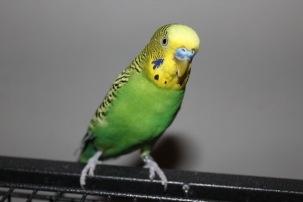 I am thankful to my co worker Dianne, who brought me a bunch of vegetables she canned so I wouldn’t go hungry.

I am very thankful for the people who have heard my story and not judged me.

Combine everything together in a small bowl; stir well.  Keep in an air tight container.  Use it anywhere Mrs. Dash Garlic and Herb Seasoning blend is called for.